As I’ve mentioned before, I’m a fan of the supernatural, haunted, and all things weird. That said, I’ve made a list of my favorite weird mysterious places in America for your viewing pleasure.

This monument, which stands on an otherwise empty hill in Elberton, Georgia, is a mystery. Completed in 1980, the alleged anonymous donor “R.C. Christian” is the only name attached to the monuments construction.. and thought to indefinitely be an alias. The weirdest part of the guidestones may be the eerie proclamations they contain, namely the first, stating: Maintain humanity under 500,000,000 in perpetual balance with nature. Clearly, at over an estimate 7 billion global population, we’re a bit over that projected limit- conspiracy theorists have a hay day with this one. (Image credit: SeanPavonePhoto/Shutterstock) 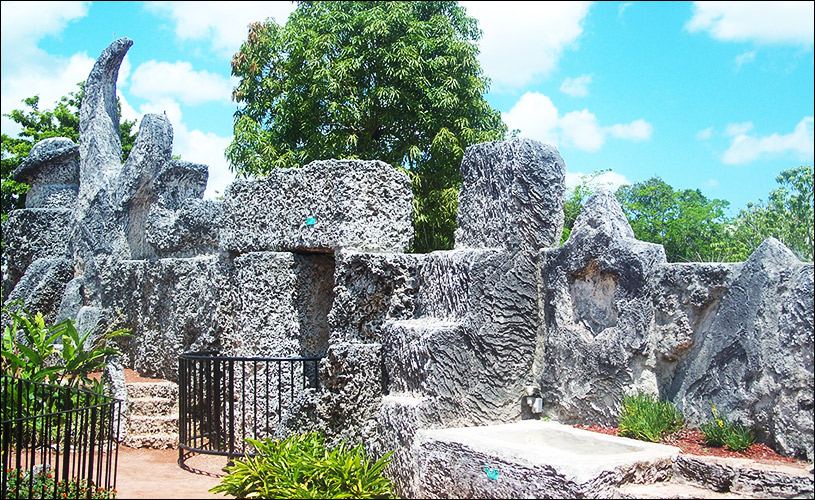 Coral Castle, located in Homestead, Florida, is often compared to Stonehenge and the great pyramids of Egypt in terms of accomplishment. The entire ‘castle’ contains an estimated 1,000 tons of coral rock which form the 8 foot tall walls, the towers and furniture throughout. Here’s where the mystery part comes in to play: it was all built by only one man. Even still, nearly 100 years after the beginning of it’s construction, no one knows how Edward Leedskalnin built this amazing monument – beginning in 1920 through 1940. No one saw him build it, and even when he had to move the entire ‘castle’ in 1936- no one can account to truly remarkable engineering. 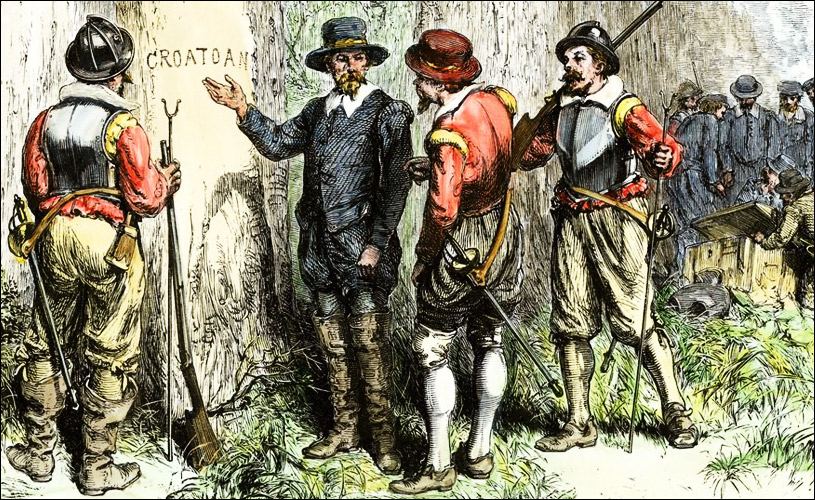 The Roanoke Colony  was one of the colonies sent by Queen Elizabeth I as an attempt to establish an English settlement in North America during the late 1500s.  There were three groups of colonists sent over during a period of the first few years- but by the second shipment of colonists, tensions with the local native American tribes was high. The second tribe was driven out at last. The next year a third group arrived, including women and children. Years later when ships from England returned with supplies, it’s said that every colonist had vanished: no bodies, no graves, no evidence of what happened to them except for the word “CROATAN” found carved on a fence post. There also were no houses where there had been before. Starvation at sea, mass disease, and hostile natives are all theories of what may have happened to the lost colonists of Roanoke island. 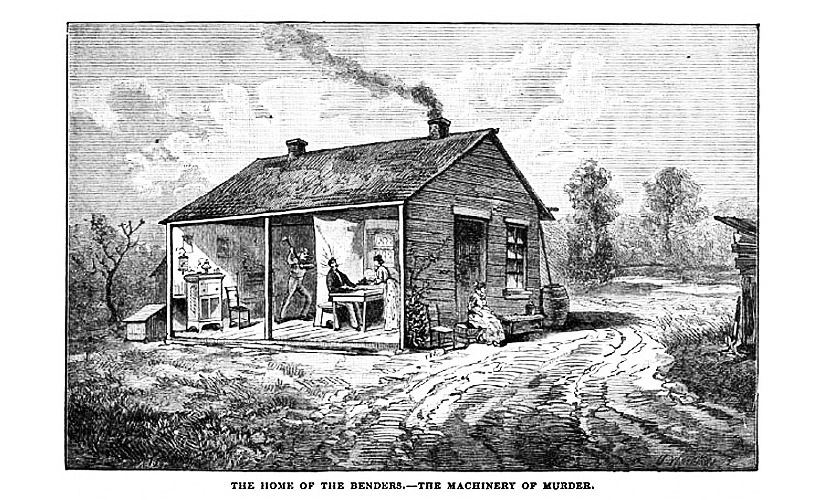 Being a native Kansan myself, this one particularly hits home: The Bloody Benders of Southeastern Kansas are thought (by some) to be America’s first serial killers. The family included Pa, Ma, Kate (the oldest daughter) and Jon (the son) Bender. They owned a small one room house which was divided in half with a curtain, with a store on one half, and the other for living quarters. The Benders were apart of a religion called “spiritualists” and it was rumored that Ma & Kate practiced witchcraft, as Kate sold herself as a fortune tellers to local travelers, as well as providing ‘healing services.’ During this time many traveled through Kansas on their way out west or vice versa. After many men disappeared, eventually one disappearance brought forth the truth- when the local townspeople decided to search every homestead for evidence of murder. That night a large storm passed through, delaying the search for a number of days. In that time, The Benders made their escape.  10 bodies were ultimately found on the Bender farm, though they were attributed with at least 21. The killers were never found. 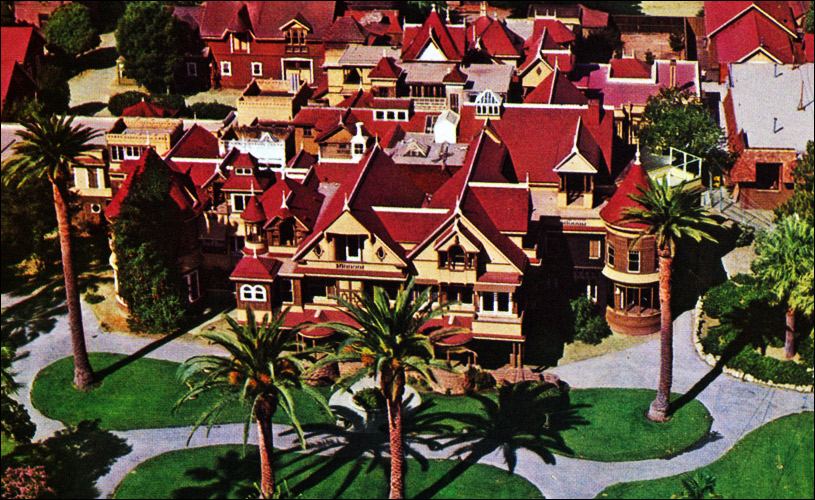 The Winchester Mystery House of California is one of my long favorite mysterious places. Doors that open to nowhere, stairs leading to ceilings, and countless rooms to appease the dead spirits of those departed due to the famous Winchester rifles that brought widow Sarah Winchester her fortune in the first place- it’s hard to not be intrigued. In fact, I read recently that they are even going to be giving overnight tours at the house now. Sign me up.

I wrote an entire blog post on this house alone a few years back.
Read more here. 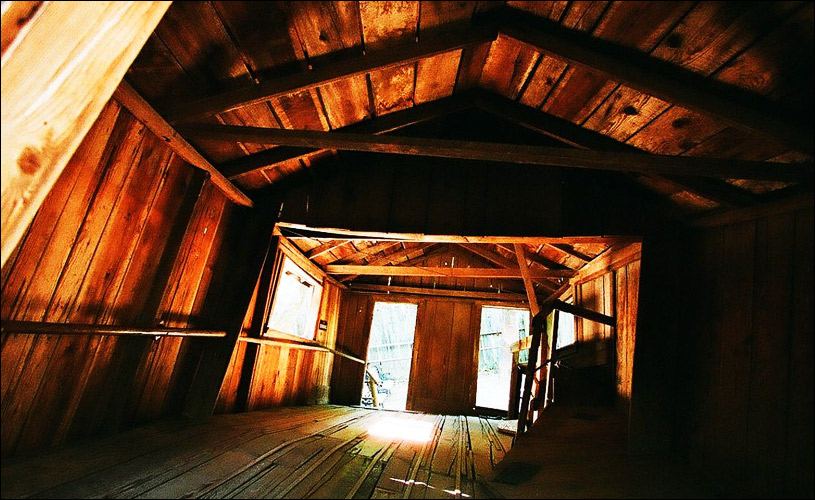 Located in Gold Hill, Oregon, the Oregon Vortex is something of an optical illusion. It’s said that in 1904, the building built there slid off it’s foundation and came to rest at a slant. Strange angles create optical illusions and it’s said that objects seemingly roll uphill. Others have claimed that horses being led there reverse to avoid the area at all costs, and animals are said not to inhabit the area much. 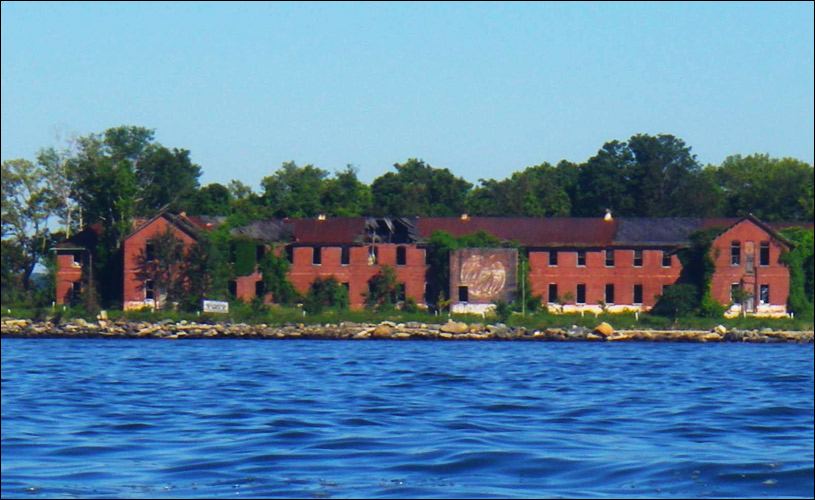 Hart Island is the largest mass grave in America- the final resting place for nearly one million homeless, poor immigrants and stillborn babies alike- a potter’s field. Hart island has been closed for over 35 years now, a narrow half-mile long strip of land in the Long Island Sound. Over the centuries, Hart has been used for numerous things, including a women’s asylum, a prison for confederate soldiers during the Civil War, and a workhouse for the poor, among others. You can’t visit Hart Island these days though- it is strictly closed to the public. That is unless you die in New York city and your body goes unattended for too long at the city morgue…

The Hart Island Project is trying to change the access laws.
Visit their site for more. 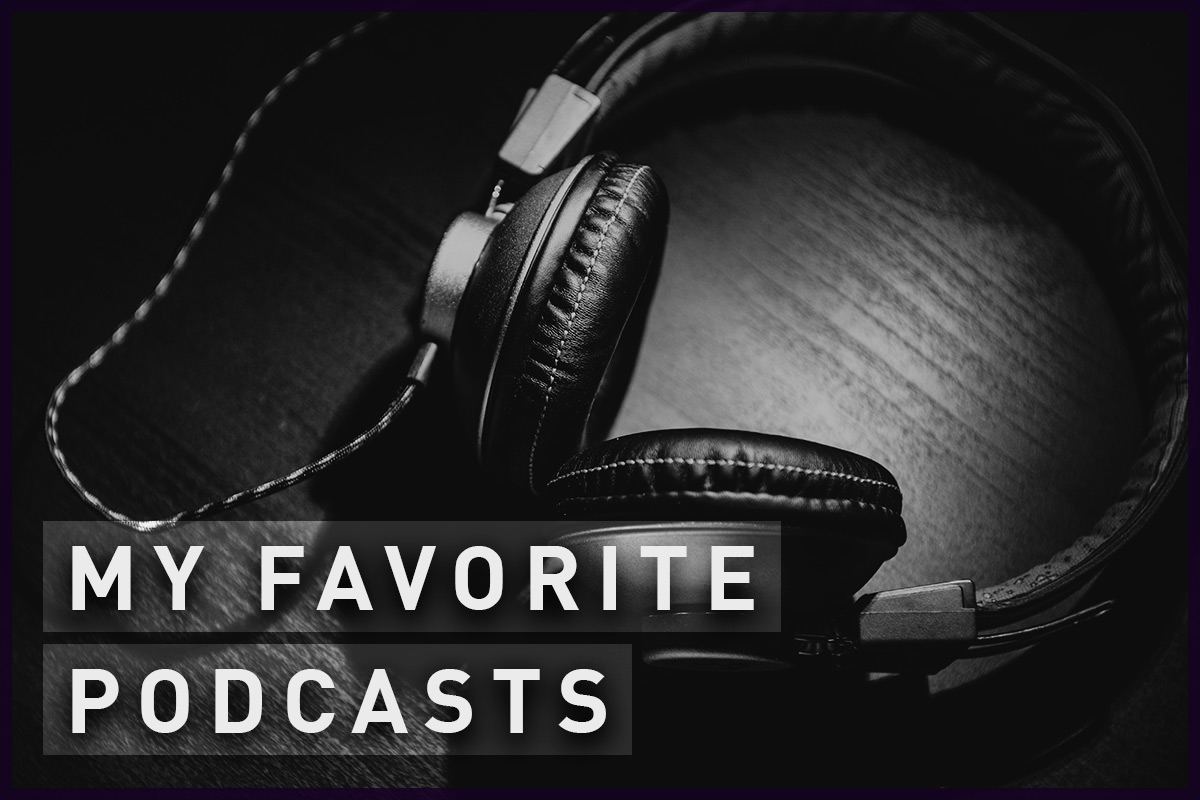 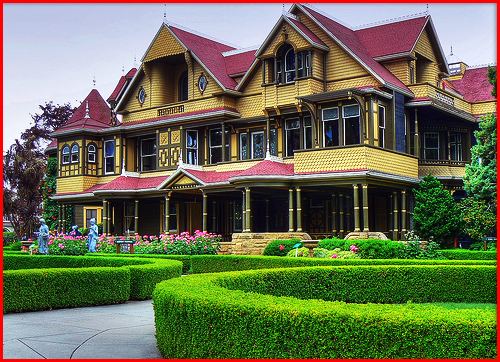 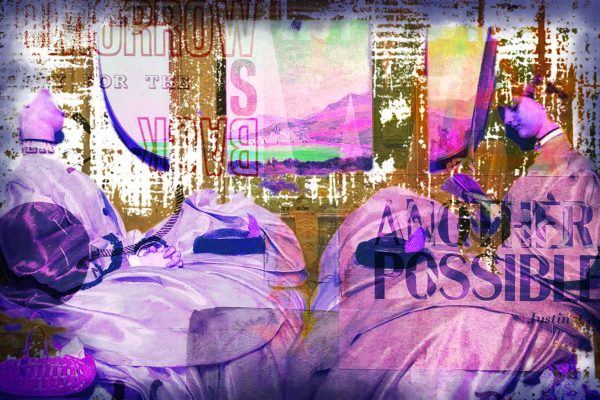 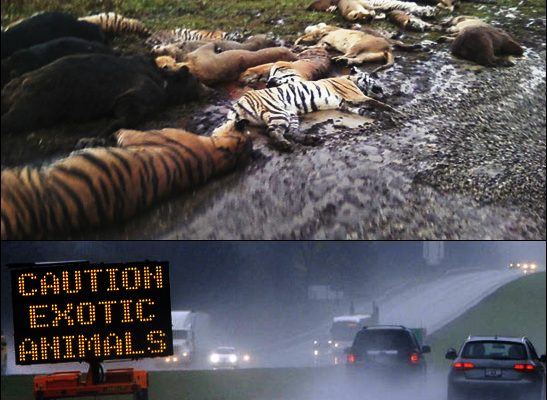 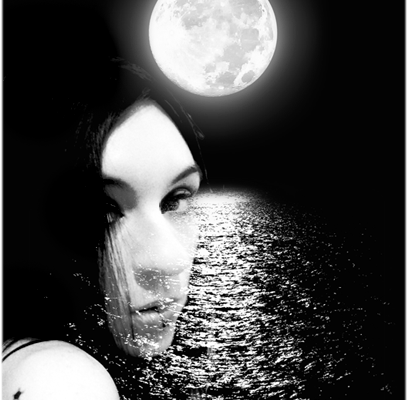 Perhaps the old folks had been right—getting mawkish about one’s life, no matter its substance, took nothing but time. 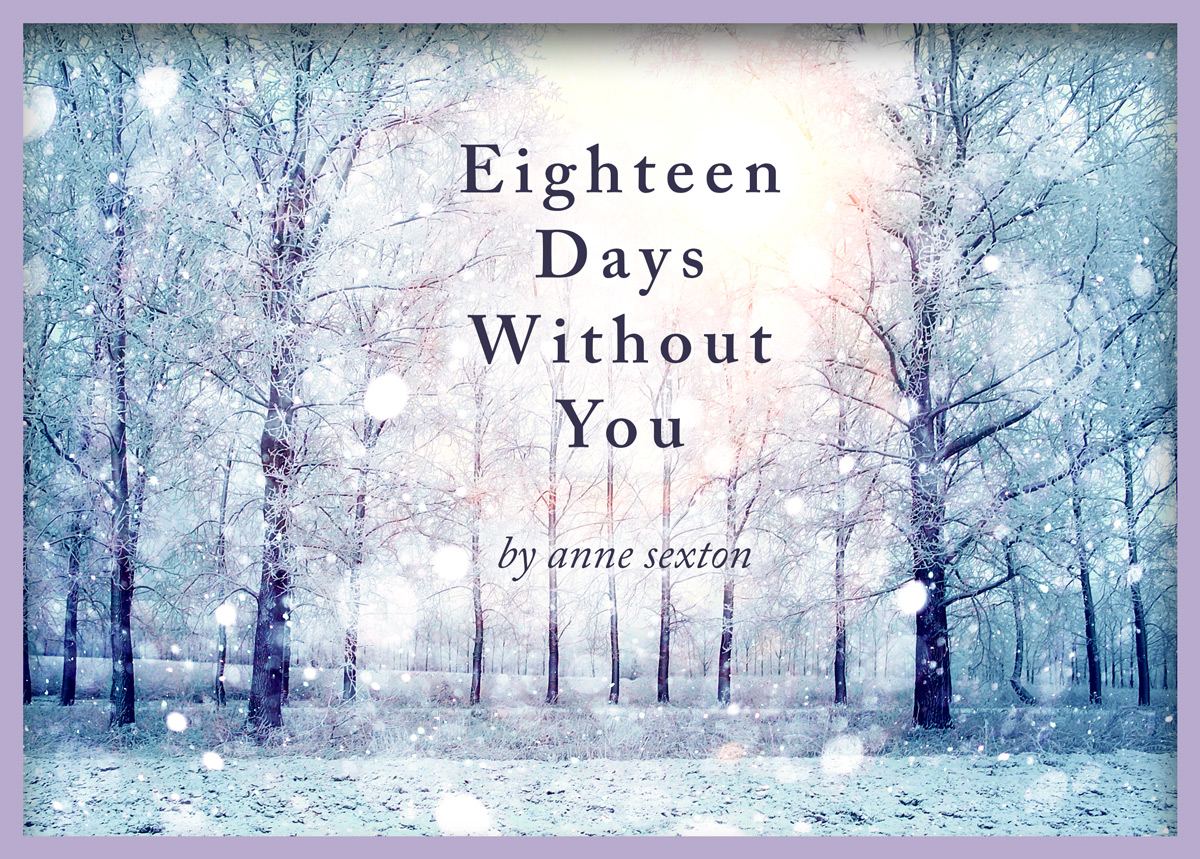 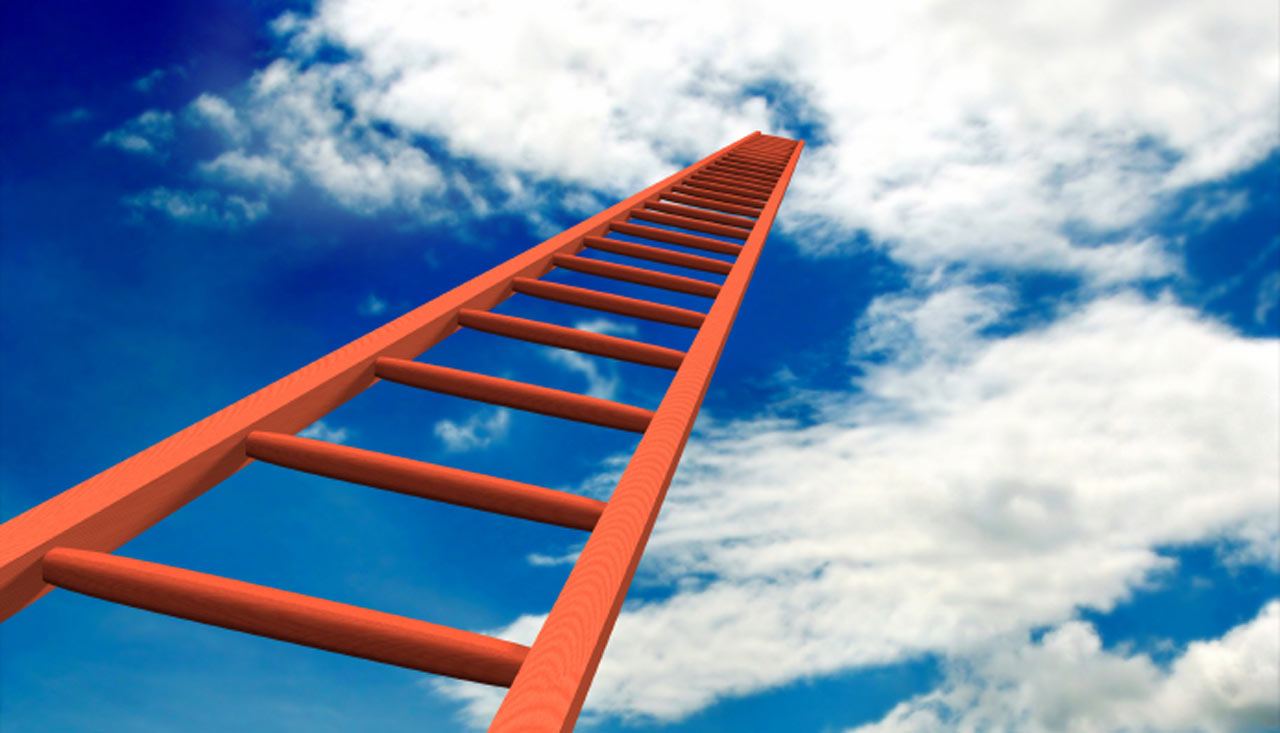 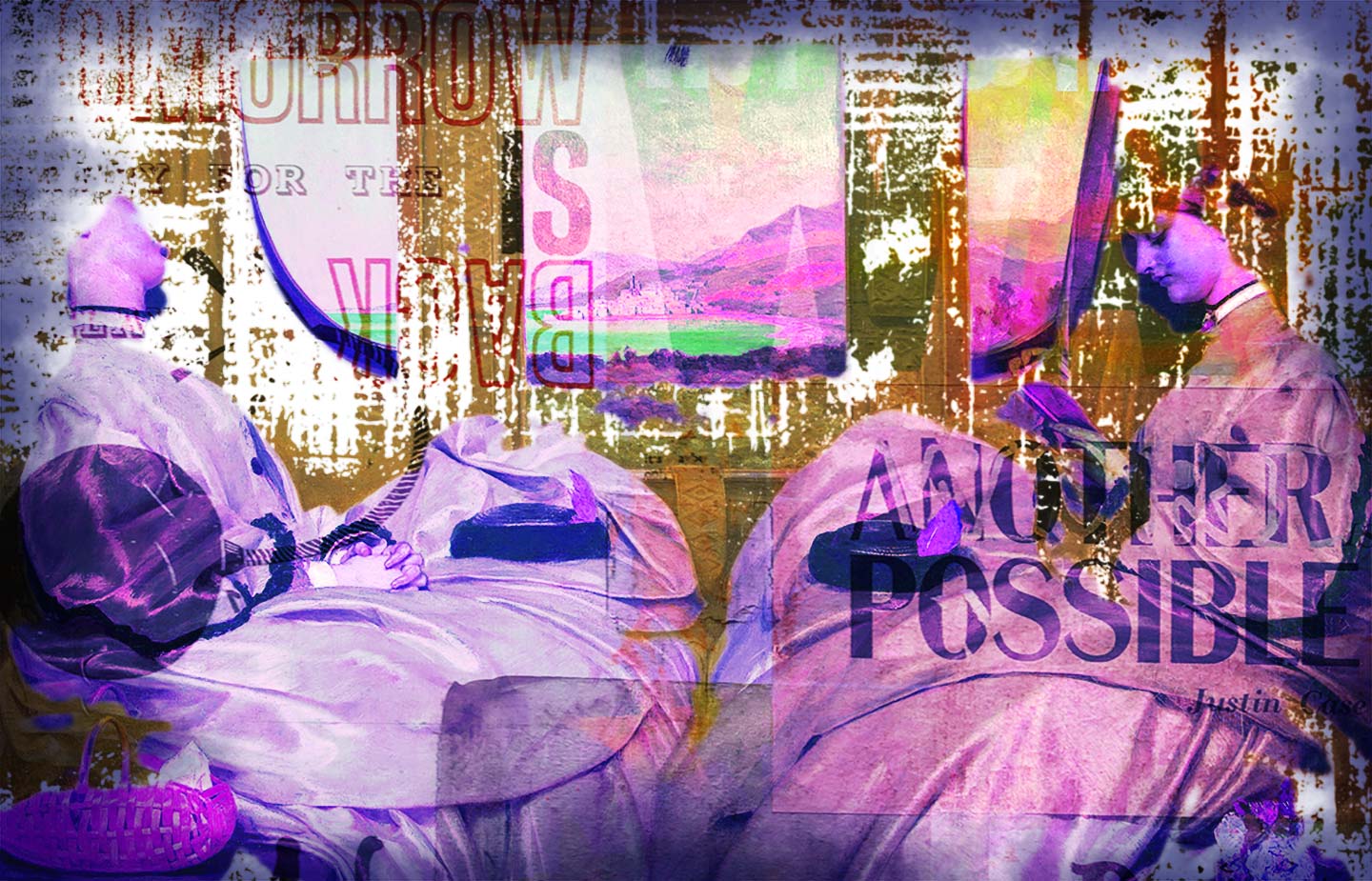