ON THE VOICE OF A GENERATION & OCCUPY

I’ll admit, in my younger days when George W. was in office, I guess I could’ve been considered a pretty political person.

I went to Peace protests, made signs claiming “NO WAR”, i handed out fliers when John Kerry was running. I believed things could be changed easily. When Obama ran for president, I supported him wholeheartedly- even saw him speak at the Liberty Memorial here in Kansas City when he came through. Sat on my boyfriends shoulders and listened, high above the immense crowd, cheered. It was something to believe in. Mostly, I was just disgusted with the war.

These days, I try to stay out of it for the most part. Politics, that is. While i still hold true to many ideals that one may associate with these sort of previous behaviors, I no longer watch political arguments. I missed the State of the Union last week- which, I did want to watch at least. However- I am lost in my beliefs and it seems in my own very humble opinion that this country is just as confused as it ever was, if not more.

I came across this article earlier, asking the question, “Will A New (Bob) Dylan emerge from Occupy Wall Street?” If you’ve read my blog before you may know that I am a die hard Bob Dylan fan. Have been- for years- probably found Dylan when I was about fourteen years, after reading a fictional novel. 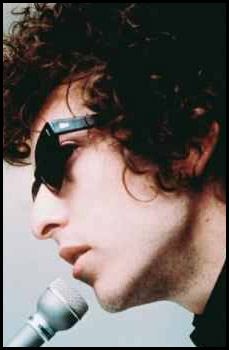 Well I guess this post is a bit more musical than political but let me say- when I found the article questioning who the new Bob Dylan would be, in correlation with this new Occupy movement, while I wasn’t surprised I also was annoyed. In the ’60s, Bob Dylan wrote numerous songs that were eventually turned into what they deemed “Protest Songs.” Against the War in Vietnam, concerning the Civil Rights Movement at the time- yes. Others took what he wrote and, in many ways, became a voice for those who were daring toward change. But anyone who knows Bob Dylan knows that he didn’t see himself the same as those fans did. In an interview found in the documentary, Don’t Look Back (from 1967), Bob Dylan said (when asked about his ‘protest songs’), “I just write ’em. I don’t gotta say anything about em. I don’t write ’em for any reason. There’s no great message. If you want to tell other people that then tell ’em, but I’m not gonna have to answer to that.”

I guess sometimes people just need a voice that they can relate to, and in Dylan’s case, it was him whether he wanted it or not. But I think the last thing the Occupy movement (which don’t get me wrong, I know next to nothing about nor do I know how i feel about it all) is a Poster Child. It’s a nice thought that things can be changed, but for now, I think that starts with each person individually. And when our morals, ideas, sense of government, media, and a hundred other factors have influenced us as well as the generations before for so many years- it’s going to take a long time before we really see true change for the better. Change of this magnitude is gradual. I’m glad people are trying. It begins with each person changing their own thought processes. So while I don’t subscribe to anything particularly as of now, whether it be organized religion or organized groups, I believe in Live and Let Live. I strive not to judge others. Kind of the same way Bob Dylan is definitely not everyone’s cup of coffee- that’s okay. I won’t put down your opinions and beliefs if you do the same for me.

Maybe we can all learn to treat each other a little better.

“At a certain point people seem to have a distorted warped view of me. The spokesman of a generation, the conscience of this and that and the other – that I could not relate to.” – Bob Dylan

Watch the video above for more.

Do not seek the because – in love there is no because, no reason, no explanation, no solutions.