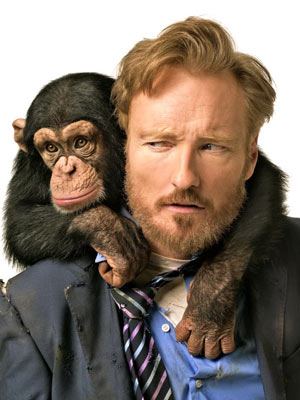 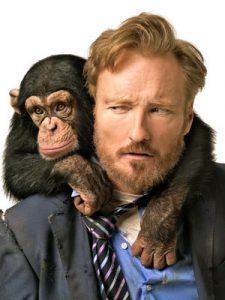 i don’t really know how to explain my love for Conan O’brien. so in a nutshell, here goes: i first heard about Conan while I was in fifth or sixth grade, watching the Rosie O’donnell Show at an old friend’s house. Conan was a guest on that day, & all I can really remember is that he talked a lot about how pale he was & made me laugh. So after that, i was hooked.

i began watching Conan’s show, The Late Night Show with Conan O’Brien, every night. i guess i would’ve been about 11 or 12 then, so i think it’s safe to say i’ve been watching Conan for almost 14 years.

& so my dream finally came true today, when I got to see Conan Live, on his “Legally Prohibited from being Funny on Television tour” at the Midland Theatre, here in Kansas City.

in short: it was GREAT. he even came off stage midway through the show and reappeared on the upper level, literally 10 feet from where we were sitting!! can’t wait for him to return to TV in November. counting the days, yep.

( all videos credited to their respectful owners & probably NBC or something. Conan + monkey photo credit: pulse2.com )

The most solid advice for a writer is this, I think: Try to learn to breathe deeply, really try to taste food when you eat, and when you sleep really try to sleep. Try as much as possible to be wholly alive with all your might, and when you laugh, laugh like hell. And when you get angry, get good and angry. Try to be alive. You will be dead soon enough.